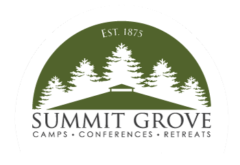 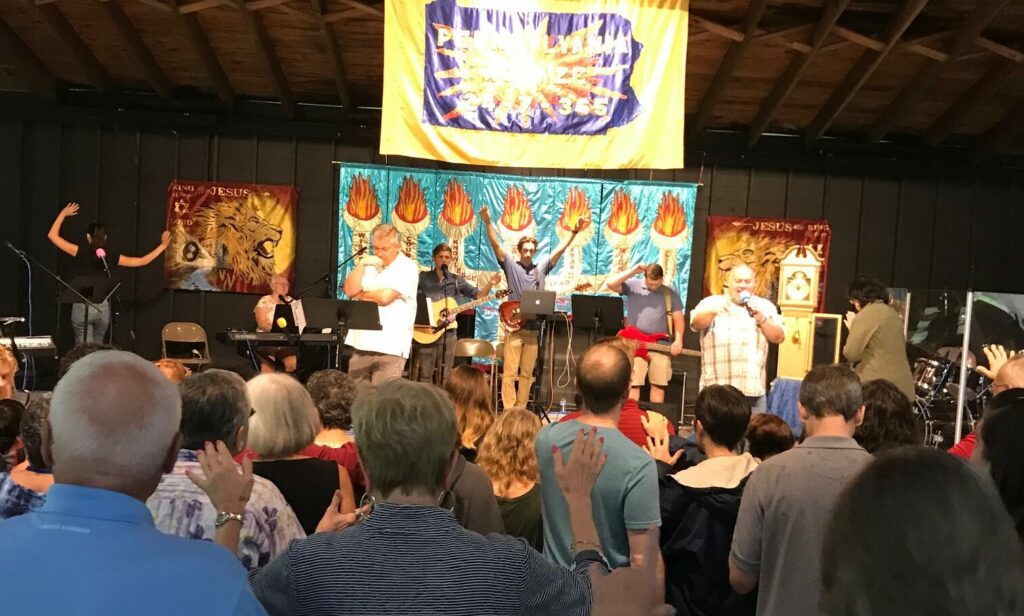 50 hours of nonstop prayer & worship, giving glory to our King!

Join us at Summit Grove Camp for Tabernacle 2022, September 9-11, where the streams of Pennsylvania merge into one mighty river of His presence!

Tabernacle 2022 is the annual gathering of the PA House of Prayer Network and the PA Aglow Lighthouses for 50 hours of continual praise, worship and intercession to magnify Jesus, the King of Kings and Lord of Lords.

Why?  Because HE IS WORTHY of our praise!  Because God inhabits the praises of His people! (Psalm 22:3) Because praise and prayer is the warfare for the battle! (Psalm 149)  Also because we want the commanded blessing as we come together to dwell in UNITY, even life evermore!!! (Psalm 133).

In addition to 50 hours of praise and worship, Dennis See from Justice House of Prayer will be speaking on Friday night.  Dennis is the Founder of The Altar International House of Prayer as well as Director of the PA HOP Network and the founder and director of the Justice House of Prayer in Harrisburg, Pa.  He is a graduate of Rhema Bible Training Center in Tulsa, OK and is a Prophetic Psalmist who has recorded and ministered in worship for many years. Dennis is passionate about teaching the word of God, and has a heart to see The Tabernacle of David (night and day worship and prayer) established in Pennsylvania and throughout the earth.

Saturday evening Jodie Brandt from NEPA Area Aglow will also be sharing.  Jodie is a prophetic potter who has been with Aglow since 2017.  Her passion is to see believers come into the freedom and fullness of their identity in Christ.

Also sharing in breakout sessions throughout the morning and afternoon will be Heather Klees from NEPA Area Aglow, Lori Meed from Intercessors For America, and Messianic Dancing with Michael Beatty.

Overnight lodging & meals are available on site! See our full list of lodging options, pictures, and amenities here. Anyone is welcome to attend the event for free without lodging and meals selected. Pre-registration is required at least two weeks in advance (8/26/22) IF you will be registering for lodging or food.

Additional Meal Information:
-The Snack Shack will be open for lunch on Friday (11:30-1:30) with hot food and snack options.
-Sunday afternoon is a free celebration picnic, beginning at 1pm!
-Light drinks and snacks will be available for free throughout the 50 hours.

(Lodging and meals must be reserved at least two weeks in advance, by 8/26/22)

Summit Grove Camp & Conference Center has a 220+ year history of people coming together to encounter the Lord’s presence and to enjoy the beauty of His creation. The 43-acre property is nestled in a grove at the highest point of land located halfway between Baltimore, MD and Harrisburg, PA. Known for its huge open Tabernacle, Summit Grove has hosted thousands of people over hundreds of years.  From its inception in the Second Great Awakening to decades of camp meetings attracting thousands, the Tabernacle has a rich history involving Circuit Riders, the Underground Railroad, and countless retreats, camps, and events.  Justice House of Prayer and NEPA Aglow are so excited to partner with Summit Grove to re-dig this revival well!

Bring your House of Prayer or church worship or prayer team. Sign up for day or night watch, alone or with a group of friends and family. Or just come to worship from your seat. Most sets are 1.5 hour slots. There is an online signup sheet to lead worship, and a separate online signup sheet for covering intercessory prayer time slots. 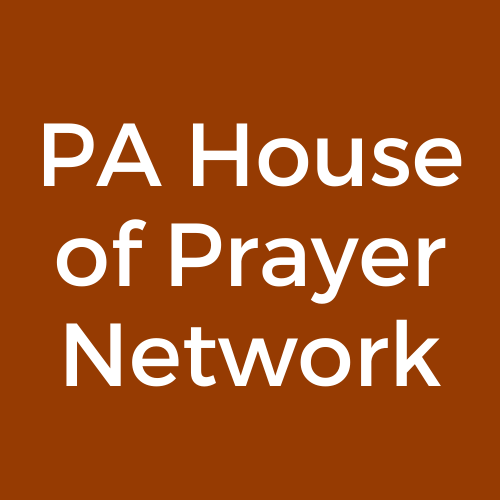